She is the voice behind the popular Don’u Don’u Don’u, the upbeat song from Dhanush latest Tamil gangster flick – Maari. Hailing from Washington DC,  the American-born singer of Indian heritage has been making a name for herself now in Chennai for the past one year. We were lucky enough to catch up with the upcoming singer for a short interview! Without further ado, presenting you – Alisha Thomas!

Q: Tell us about yourself and your music background.

My basic inclination toward music and singing were first revealed during my toddler years – mainly by way of nursery rhymes and church songs that I would sing around the house and at various community events in the Washington DC area. So as soon as I turned five years old, my parents signed me up for Carnatic vocal lessons. I honestly hated it at first, only because this genre was so foreign to my Malayali-American/Christian upbringing; I just wasn’t accustomed to the style or discipline. However cultivating a strong connection with my Indian heritage was an important value for our family, and since I started to make quick progress and showed lots of promise early on, my guru (Mrs. Jaya Nathan) and my parents kept pushing me to continue learning. And I’m so glad they did. Many of my current strengths as a singer – especially my ability to sing authentically and without an accent in foreign languages and styles – can only be attributed to those early years of vocal training. When I was 13, I decided to branch out from the classical genre and choir-singing and began performing light film music in stage shows around the U.S. and Canada throughout my high school years. While completing my Bachelor’s Degree in Business Administration from the University of Maryland, Baltimore County (UMBC), I even joined a Christian band called Foster and gained more experience in Western genres while still continuing to perform and record light music. After college, I worked full-time for about two years as a producer and vocalist for a 20K+ member church in Chicago (Willow Creek Community Church) and then decided to switch directions in order to focus fully on my dream of breaking into the Indian film music industry. Continuing my musical education was also important to me, so I enrolled in Dr. A.R. Rahman’s KM Music Conservatory, relocated to Chennai, became a working student, and the rest is history.

Q: The song ‘Don’u Don’u Don’u’ is a massive hit over here! How was the experience working with both Dhanush and Anirudh?


I’m so glad people are liking the song over there! Working with Dhanush & Anirudh was an unexpected and unforgettable experience. They were super down to earth and very easy to collaborate with. And they certainly made me feel more than comfortable to comment on the hilarity of the English lyrics. Initially I was only called to sing for the scratch track, but then I was informed a month after recording that they wanted to keep my voice for the final version. Since I remember spending only about 45 minutes recording my part in a very informal setting, under their guidance, it came as quite a shock! But I’m so humbled that they had faith enough in my rendition to give me this break. And the fact that it’s become such a huge hit makes me feel even more grateful.

Q: The response for Don’u Don’u Don’u has been really sensational – how are you dealing with this new found fame?

Ha! I wouldn’t exactly call it fame – the vast majority of the world and even India still have no clue who I am! – but I do have a bit of a fan-following now which is pretty nice. I was already quite active on social media for years, but the success of this song has given my online presence more purpose currently. I really consider it such a privilege to have people voluntarily staying up to date on my projects and sending the loveliest feedback and encouragement on a daily basis. The support means so much to me. Tons of people have been tweeting me covers, dance videos, and mashups of the song which is also really cool to see. And it’s completely surreal to hear my voice on the radio here in Chennai and see my name on the charts!

Q: Can you describe Anirudh in just 5 words?

Ambitious, clever, intuitive, straightforward, chill
Q: We know you can play the piano – what else music instruments can you play?

Well, I took piano lessons for a few years while growing up, but I must admit that I’m not very good 🙂 I also played flute in my middle school band for two years. And just last year I started to teach myself how to play the guitar – which is my favorite instrument to play thus far, but I still have a long way to go before I become anywhere near proficient.

Q: You have played in over 100 concerts to date – which concert/gig has been the most meaningful to you and why?

In 2006, I was very fortunate to have the unique opportunity of being hired as one of two lead female singers for Dr. K. J. Yesudas sir’s (I call him Das uncle) North American tours. My first time on stage with him was definitely the most memorable since I distinctly recall that being my most nerve-wracking experience to date. On the day of the first show, our rehearsal time had been cut way short due to unforeseen scheduling circumstances, so we only had time to practice one of our duets before the concert – Vizhiye Kadhai Ezhuthu (Urimaikkural). Das uncle could feel my nerves as I stumbled through the song, so he gently put his arm around my shoulder, told me not to worry, and that I was doing a good job. His encouragement helped me to focus, overcome my nervousness, and perform confidently.
Every gig that followed throughout the tours remained to be incredibly meaningful, enlightening, and rewarding.

I was one of the many youngsters who had grown up attending Das uncle’s katcheris and listening to his film songs in the car – never in a million years did I dream of being able to share the stage with him and be mentored by him! Those moments and each one that I continue to spend with him afterward are memories that I’ll cherish forever.

Q: I believe you have yet to release your own music for public listening – if you do, what kind of genres would you dabble in?

My favorite genres aside from Indian classical and light music are Country, R&B, and Pop in particular… I would love to showcase my versatility by featuring a little bit of each of these genres in my debut solo project.

Q: The Tamil music scene in Malaysia is growing rapidly – have you listened to any Malaysian Tamil tracks?

Please forgive me for being unaware of the Malaysian Tamil music scene before you asked this question (I’m going to pull out my American card for this one!), but after some Googling, I came across bands like Rajhula and RPGIO. I’m now a fan of both and am interested in keeping up with their future projects while also discovering more Malaysian Tamil bands in the process.

Q: One artist/talent/music composer you would like to work with? 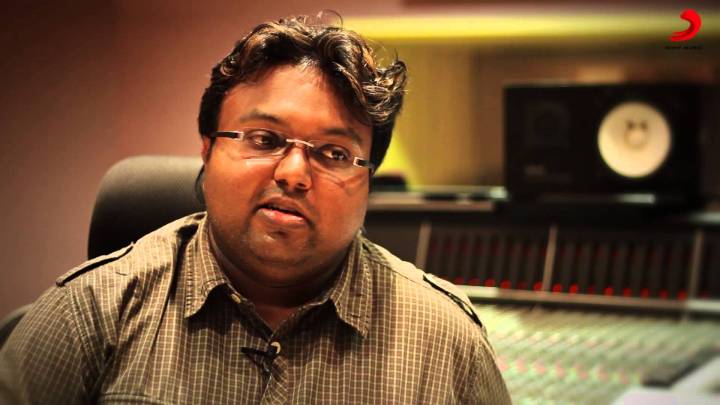 D. Imman sir is someone with whom I’ve been wanting to work for a long, long time. I admire his strong faith, and I always love his compositions. Getting a chance to sing a melodious number for one of his upcoming soundtracks would be a dream come true! Shreya Ghoshal is also on my collaboration wish-list. Beyond her obvious phenomenal vocal skills and dynamic performance qualities, she genuinely seems like a humble, wise person; I’d jump at the chance to even just meet and grab a cup of coffee with her. Who knows, it could happen!

Q: After Sid Sriram, you’re probably the next Indian-American artist to make a profound breakthrough in the Kollywood industry – how does that make you feel?

Again, this is quite humbling for me as my love for both India and the U.S. is so strong. It’s always been a dream of mine to become a playback singer despite the cultural/linguistic barriers, and being given the opportunity to do so in Kollywood within the first year of me being in Chennai has been very affirming. Sid has been an artist that I’ve appreciated and respected so much ever since his big break with Adiye (Kadal) – so to be placed in any kind of a category with him, even one such as this, is beyond flattering to say the least. I’m grateful to have had a couple opportunities to connect with him in the past, and I look forward to the possibility of perhaps making music together in the future. Proud to be able to represent Indian-American heritage in this industry alongside someone like him!

Q: You are now deserted in an island and you could only pick 2 people and 2 items to bring along – who and what would it be?

My younger sister and brother, Harry Potter trivia game, and my guitar 🙂

We would like to thank Alisha for doing this interview with us! We wish her the best and hope her music journey continues to blossom! We are definitely looking forward for her own body of work!

How to purchase the Trootz mag?